Development of the SKS-45

The SKS-45, the one that started it all!

SKS-45 is an abbreviation for the full Russian name, Samozaryadnyj Karabin sistemy Simonova 1945 (or in Cyrillic: Самозарядный карабин системы Симонова, 1945; CKC-45).  In translation, this means Self-loading carbine of the system Simonov, (model of) 1945.

Sergei Gavrilovich Simonov is the weapons designer we have to thank for this robust semi-automatic carbine, so it seems appropriate to consider his life and career.  He was born to a peasant family some 200 km east of Moscow in 1894 and he lived until 1986, which is a remarkable feat when you consider that the heart of his career coincided with Stalin's, who instigated incessant, capricious purges that targeted various groups for persecution or elimination, and also served to stock the labor force of the Gulag.  Simonov began his career as a blacksmith at the age of 16, during the late Tsarist era.  He apparently exhibited a mechanical aptitude as he soon became a metal worker in a machine plant and then took additional technical course work, eventually landing in a facility that produced the Fedorov automatic rifle.  By the ripe old age of 28, during the early Soviet era, he was a master gunsmith working under the tutelage of two of the premier weapons designers of WWI and the early inter-war eras, Vladimir Fyodorov and Vasily Degtyaryov.  The Fedorov Avtomat M/1916, automatic rifle, designed by Fyodorov, fired the 6.5x50mm Japanese cartridge and bears some cosmetic resemblance to the SKS. Degtyaryov's most famous design was the DP light machine gun (Pulemyot Degtyaryova Pekhotny), with its distinctive top mounted drum, which fired the 7.62x54R cartridge. 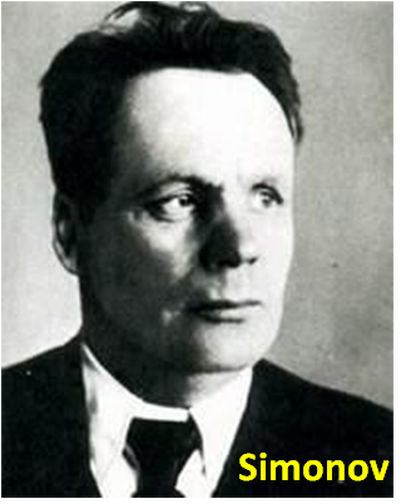 Simonov's main competitor in small arms design during the 1930's was Fedor Vasilevich Tokarev. Simonov designed and eventually fielded the AVS-36 select-fire rifle that chambered the 7.62x54R cartridge.  This reportedly was difficult to control in full automatic fire, given the powerful cartridge and the relatively lightweight hand held nature of the AVS-36, akin to firing a light-weighted BAR. It was also reportedly prone to fouling with dirt due to an open area in the receiver cover to accommodate the fore/aft cycling of the bolt handle. Undoubtedly these experiences influenced his later design of the SKS.  The vented handguard, receiver cover, bolt and bolt carrier are very similar in appearance to the SKS.  Another lesson learned no doubt, the retaining pin for the receiver cover of the AVS-36 was removable, whereas the SKSs was designed to stay in the receiver after release of the cover and recoil spring. Only about 35,000-65,000 AVS-36s (depending on the source of the estimates) were ever produced; small numbers by Russian standards. It is estimated that fewer than a dozen exist in the US, likely imported from Finland years before the GCA. Simonov also designed the successfully deployed PTRS-41 semi-automatic anti-tank rifle chambered in 14.5x114mm (.57 cal). Meanwhile, during the 30’s, Tokarev was at work on his semi-automatic SVT-38 and then SVT-40 designs, which obviously emerged as the winners in production numbers at an estimated 1.7 million (plus 0.5 million of the AVT automatic version of the SVT). 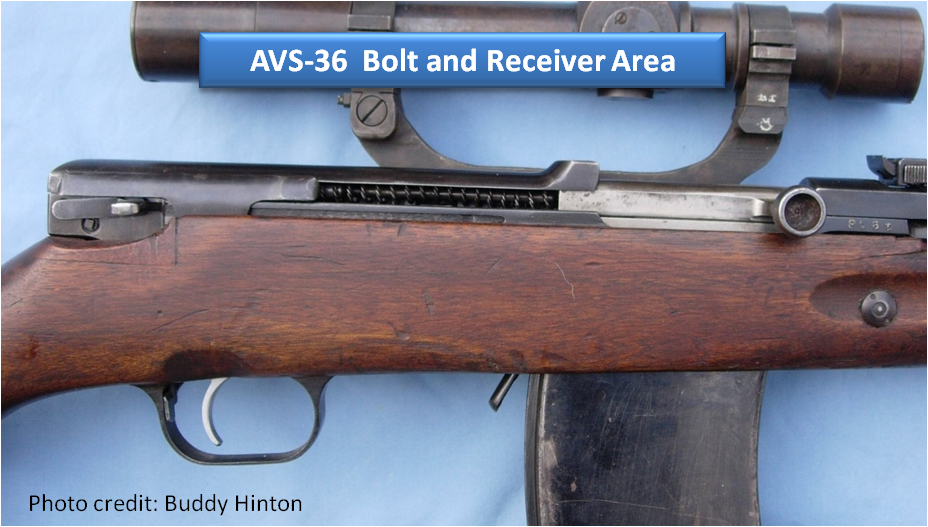 Enter the M43, 7.62x39mm cartridge of 1943.  The standard pistol and sub-machine gun cartridge of the 1930's and early 1940's was the 7.62x25mm, and of course the standard rifle and medium machine gun cartridge was the famed 7.62x54R.  The former had an effective range of 200-300m maximum in the submachine guns like the PPSh-41 (Pistolet-Pulemyot Shpagina, 1941) and PPs-43 (Pistolet-pulemyot Sudaeva, 1943).  The latter cartridge had reach out and touch someone range and accuracy of nearly 1000m (or greater in the right hands), that was more important to the tactics of the 19th century and WWI.  Of course the 7.62x54R was heavy and relatively difficult to control in a light weight automatic or semi-automatic weapon.  This issue was clearly demonstrated with the AVS-36, and to a lesser extent with the SVT-38/40 lineage of semi-automatic rifles, that also suffered from breakdowns from the battering bestowed by the powerful cartridge.  The submachine guns, machine pistols, and Sturmgewehr (storm rifle) assault rifles in the armories of various armies of WWII proved to be of great utility for concentrated-fire shock troop tactics, high mobility infantry-supported armor tactics, and urban fighting.  These represented the most frequently employed battlefield tactics in the age of Guderian's Blitzkrieg (lightning warfare). The M39 cartridge, with its .310-311 diameter 123gr spitzer bullet and larger case, produced more knockdown power and greater range than the 7.62x25mm with its 86gr round nosed bullet, and seemed well suited to employment under modern battlefield tactics. 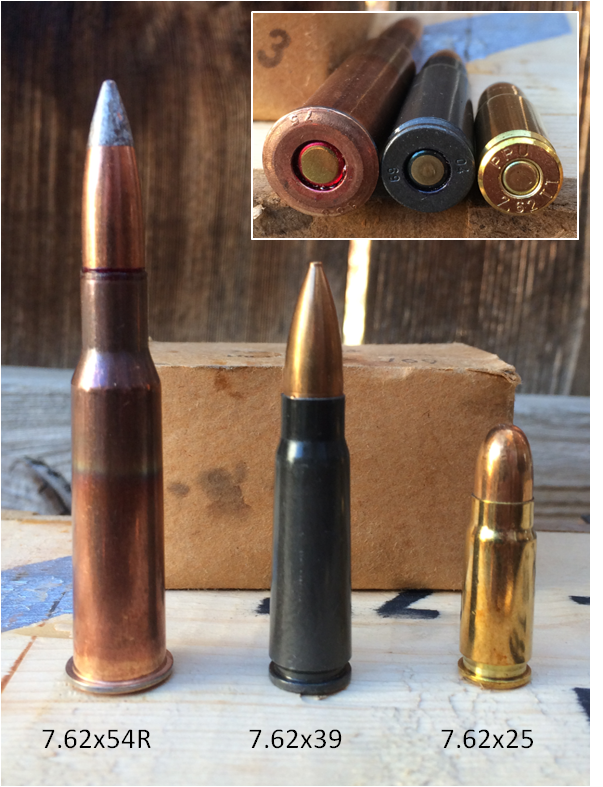 Of course the M43 needed a firearm to take advantage of it and a carbine competition was held to accompany the development of the M43 cartridge.  In this case, Simonov's winning design was the SKS-45!  A trial pre-production run was made and it was field tested by troops of the 1st Byelorussian Front in the Spring of 1944 to very favorable reviews (as reported by Bolotin in his book "Soviet Rifled Weapons").  The end of WWII saw the production of the new carbine set aside, while the Soviet Union sought to recover from the devastating loss of life, industry and agriculture wrought by WWII.  Presumably there was also a surplus of serviceable weapons for the scaled back Russian military in this post WWII era, before the Cold War emerged and warmed up. 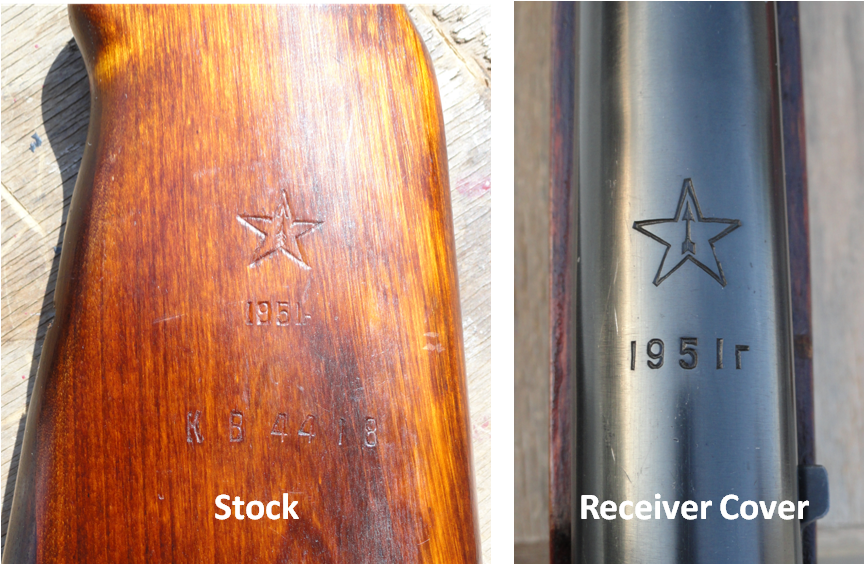 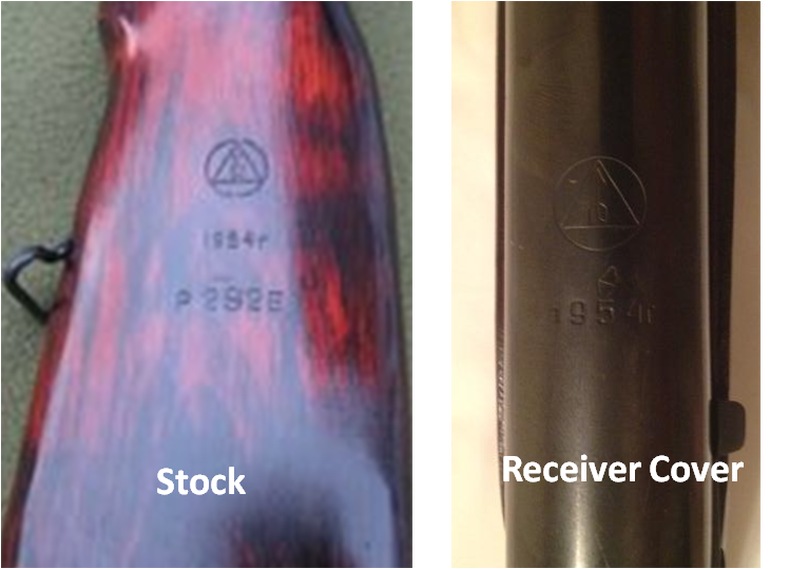 Production and Use of the SKS by Other Countries

Many other countries made licensed copies of the SKS-45 in the thousands to millions, depending on the country, and details of these models can be found on other pages.  The Chinese Type 56 Carbine is most significant in terms of production numbers and service history with the Peoples Liberation Army and countries sponsored by China.  The former Yugoslavia made the M59 and M59/66, Romania the M56, Albania  the Type 561, East Germany the Karabiner S, North Korea the Type 63, and North Vietnam may have made a few thousand in the early 60s.  The North Vietnamese production of the SKS remains an area of disagreement, where the alternative position is that they merely property stamped Chinese Type 56s with their "star".  The fact that these "starred" SKSs once resided in and were used by North Vietnam is not in dispute. The SKS was widely exported and used by those countries that produced it, including but not limited to the USSR. It has seen worldwide use in various countries supported by one of the communist countries, and saw combat use in various proxy wars during the Cold War.

Aside: the Czechoslovakian government was allowed to field their own semi-automatic carbine design, the VZ-52, as an alternative to the SKS. This rifle also incorporated a (side-folding) bayonet and was initially chambered in the unique 7.62x45mm cartridge.  In 1957, the Soviets, who now exerted greater control over the Czechoslovakian government, insisted on adoption of the Warsaw Pact standard 7.62x39mm cartridge and the VZ-52/57 was born.  This latter variant had a short production life, as the VZ-58 (the Czech answer to the AK-47) began production just one year later, in 1958.
Copyright ©2016 SKSGUIDE.COM, All Rights Reserved
Powered by